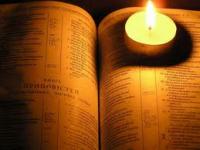 this error was resolved after installing this VC++ redistributable package.

#40612 A Tribute to My Friend, Brent Hildebrand

unfortunately i came to know about this very lately. my interaction with brent has been great and i never saw such humble person who has great patience to hear and try to implement our requests about tool tip. he is always responds in short amount of time. without his tool, many of our work here could have been paralyzed. His tool was a great value add, backbone of this website. directly or indirectly he blessed thousands around the world with the help of his tool. his death is great loss for our community. I am sure he was greatly rewarded by GOD for all the contribution he has done for advancing HIS Kingdom. it was great achievement for a person from medical background, developing a software tool like this. he is inspiration to anyone who wish to be used by GOD.

I have written regular expression to find verse references.

but i can not combine them into one to find both the verses with range and without range.

can you help me combine both into one.

is there any tool on our site to insert a BIBLE verse into sutdy notes/ notepad/ MS WORD based on given reference. example if i give john 3:16 it should insert the verse. "For God so loved the world, that he gave his only begotten Son, that whosoever believeth in him should not perish, but have everlasting life."

Ok Bro. We will try to make them available for you.

Poor Man's Concordance
And
Dictionary To The Sacred Scriptures
Both Of The
Old And New Testament:
Arranged In Alphabetical Order,
And Containing, In Addition To The Usual Literal Explanation Of Words, Short Doctrinal And Practical Essays Upon Certain Points Of The Truths Of God.
Designed For The General Use Of
All Pious Readers Of The Word Of God;
But More Especially For That Class
Who Read The
"Poor Man's Commentary On The Bible."
By
Robert Hawker, D.D.
Late Vicar Of Charles, Plymouth.
Ebenezer Palmer;
Is, Paternoster Row, London.
1828.
(Module Created by: Dyan Largo-Afonso [dyan_77@hotmail.com], 10th Dec, 2011)

Ok Bro. will try to make a module out of it. as it is 13 vols it will take some time.

The following 52 sermons by John Piper come from an array of topics. We asked ourselves, “If we could get only one sermon posted each week for a year, translated into a particular language, which ones would we do?” Another way to phrase it is, “If we were only able to provide 52 sermons to a particular language group, which ones would we deem essential?”

As we labored over this list, it occurred to us that it might be helpful to English-language readers as well.

I am very thankful to David Mathis Executive Editor of desiringGOD.org for giving permission to make the module.

John Stephen Piper was born January 11, 1946, in Chattanooga, Tennessee, to Bill and Ruth Piper. The Pipers soon moved to Greenville, South Carolina, where John spent his growing-up years. His father was an itinerant evangelist who also ministered through international radio and Bible courses. Education

At Wheaton College (1964-68), John majored in Literature and minored in Philosophy. Studying Romantic Literature with Clyde Kilby stimulated the poetic side of his nature and today he regularly writes poems to celebrate special family occasions and rich, biblical truths. At Wheaton John also met Noël Henry whom he married in 1968.

Following college, he completed a Master of Divinity degree at Fuller Theological Seminary in Pasadena, California (1968–71). While at Fuller, John discovered the writings of Jonathan Edwards.

John did doctoral work in New Testament Studies at the University of Munich, Munich, West Germany (1971–74). His dissertation, Love Your Enemies, was published by Cambridge University Press and Baker Book House (and is now available through Crossway). Upon completion of his doctorate, he went on to teach Biblical Studies at Bethel College in St. Paul, Minnesota, for six years (1974–80). Bethlehem Baptist Church

In 1980, sensing an irresistible call to preach, John became the senior pastor of Bethlehem Baptist Church in Minneapolis, Minnesota, where he ministered for 33 years, until 2013. Together with his people, John was dedicated to spreading a passion for the supremacy of God in all things for the joy of all peoples through Jesus Christ — a mission he continues now for the wider church through the ministry of desiringGod.org. Present Ministry and Family

John is the author of over 50 books and now frequently travels to speak, and writes regularly, through Desiring God. He also serves as chancellor of Bethlehem College & Seminary, Minneapolis, Minnesota. John and Noël have four sons, a daughter, and twelve grandchildren.

Here is the file you have requested for

These notes originally appeared as "chaque jour les Ecritures" (3rd edition) published by La Bonne Semence, Valence, France. In sending them forth in the English translation we would echo the words of the author: "Never forget that 'All scripture is given by inspiration of God, and is profitable for doctrine, for reproof, for correction, for instruction in righteousness: that the man of God may be perfect, throughly furnished unto all good works.' (2
Timothy 3:16, 17). May the Lord grant us in reading His word to experience and progress in these things with Him."

See this as more important than your daily food - it is! Our spiritual lives are far and away more important - and we can completely trust that God will provide our daily needs 'seek ye first the kingdom of God'. How critically important it is to start the day with the Word of God - spiritual food - before the activities and stimuli and influences of the daily routine take over - indeed to provide a spiritual influence to help us to do all those things as to the Lord.

The Bible is a large book which we can never fathom, but it is essential to get all its instruction - to read the 780,000 words in one year would require reading more than 2000 words each day; this programme needs you to read just over 400 words each day (that is about 16 verses each day - less than an average chapter. The commentary is just over 200 words each day). If we only read the New Testament routinely then we limit ourselves to a quarter of what God has told us.

The scheme covers the greater part of the Bible (some genealogical sections and ones of moral embarrassment are omitted by brother Koechlin) with a daily Bible reading and commentary. It will be an aid to all who prayerfully read them to gain an overview of the entire Bible.

The above module earlier imported into the system by Module Robot has incomplete content in it and more over the commentary file is not working in eSword. I have redone the module from the original content. The module was made into both commentary and topic files for your convenient use. Sorry for the trouble caused by the earlier module.