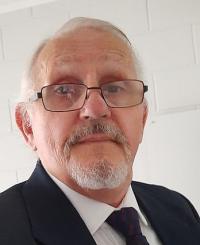 Well, I've have e-Sword 13 for nearly a month, and liked the new audio feature Rick and his team added. So earlier this morning (going on New Zealand Daylight Saving Time) I decided to test it to see ho9w well it worked. So below is the test and the result of it.

So, with that, trust you enjoy the video and find it helpful.

My Adventure with the KJV+TVM

Currently I've been working on editing the KJV+TVM Bible for e-Sword. Somehow I got a gut feeling that I've done a similar post on this before, bu just can't seem to remember where or when I did it. Anyway, I've created a kind of a tutorial of how this is being done using SQLite, showing both the editing of the font size and color.

This video is raw, as in unedited, but trust you will find it useful and interesting.

So, on that note, sit back and relax, and enjoy

PC Down but not out

Just some news of some of the fun I'been having with my computer.

Last Saturday, while doing some work on a study I'm doing on e-Sword my desktop PC had a major crash. Like a real big time crash. That came about by having to do a graphics card driver update, and having to reboot the machine.

Well to cut the long story short, Windows didn't like the update, and as a result the computor failed to boot. So after a bit of diagnosing the problem, we found the graphics card also decided to die. Anyway the long and short of it, a we ripped out the graphics card, and go the computer running using the APU.

Athough the computer is actually able to run, I've decided to leave down until I've banged in a new graphics card, which (by the way) will be happening next week after having bought it.

Finally, I'm going to do an Unboxing and installation video, I'll bang up on my FB page, and DRailed.4700 YouTube channel.

Well, that's it from me.

A Problem with displaying tooltips

A first encounter with a problem in e-Sword that I couldn't solve. Whether its a bug or something else, I really haven't got a clue. Anyway I did a screen recording of it to save me a lengthy explanation so that you can actually see.

Its a bit weird in some respects which could leave you scratching your head with mouth wide open going errr kind of thing.

By the way, this is a silent video due to the mic not working on my headset.

That Time of Year Again - Getting in Early

Its coming to that time of year again. Some call it "The Silly Season," and others call it, "The Crazy Season." Which ever you want to call it, its coming close to Christmas, and so I thought I'd get in early while I can.

So, with that have an incredible and wonderful Christmas, and a blessed and happy new year.