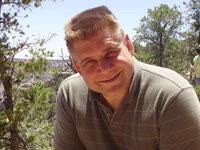 EmethAlethia hasn't added any friends yet.

For the last couple of days, I have been looking for a conversion utility, and instructions, on how to convert the .html bible files I have created into an e-sword module. I see conversions from word, from text, ... do I have to convert all of my files to these first? Here is a sample of a verse in a chapter file. (Note: the bible is broken out by chapter information)

Since this may not show properly, each row in word column looks like this:

The information in color links to other files. the green colored one starting with "W" is for unique Greek words
Red, starting with G is a specialized Strongs file
Purple is a Morphology file

The b,s,t,and a, in blue, link to the specific Greek manuscript file

I would like to convert all of these files, currently in HTML to modules. Any help, or suggestions are appreciated.

Help with bible with all 4 Greek documents (Variants), Strongs, Morphology

I have been working on a project, for the last 10 years, with a professor, that includes:The existing files show:All underlined text indicate a link to other detailed files as specified above. Here is a sample from Mat. 2;3

** Note: Html shows up much nicer in the screen I entered it on than it does when it actually posts to the forum. Things aren't squished together, and show up in their own perspective boxes, in their own columns. I guess I don't understand how to post the code and have it show properly.


The files are currently in HTML by chaper for the bible, and by individual strong's number, morpholology code, and varaiant indicator character.

We already have a second "Variant" of the Septuagint, and we are finishing the English, and the variant indications for both of these versions in parallel, but they are still in a raw data format, and haven't been converted to HTML as of yet.

There are (2) other Septuagint variants out there, and we are hunting for the information right now. (If anyone knows where we can get those files, that would be appreciated as well.)

Eventually we want to tie the Greek O.T. words in Hebrew (All major documents, with the Variants, in the same file, or with links to move back and forth between the Greek and Hebrew so people can see the consistencies between ALL Documents, Old and New Testament Greek, and Old Testament Greek and Hebrew, WITH ALL MAJOR DOCUMENTS included. (Any ideas on how to do this would be nice as well.) In the meantime, ...

What I am looking for is:

A step by step instruction manual for how to convert "our" current version of "our" HTML file program into an e-sword module ... and the part that will probably be a nightmare, .... with all links intact.

Does such a set of instructions exist? Is there anyone, with experience, who wants to help?