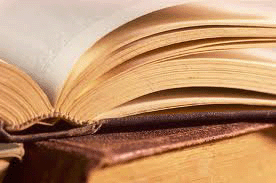 Because typology is a subject of much discussion and because there are differences of opinion concerning the meaning of types, it has seemed best to divide the material in this book into three groups.

1. The passages marked with the letter (a) are pure types, plainly described as such and referred to as such in the Scriptures. There is no question about them.

3. Those marked © are passages in which there may be a question as to whether or not they are types.

The descriptions given of these passages are offered only as suggestions of lessons which may be learned from them.

The writer claims no superior knowledge whatever in regard to their meaning and will be quite happy for others to have their own thoughts about them. There will be no spirit of criticism in the matter.

Sometimes a number of separate words are used to describe more or less the same thing. These have been designated as types, symbols, signs, shadows, representations, pictures, figures and patterns, in order to make them more lucid for the average reader. The author has refrained from making final decisions in these passages under class © and has left it to the student to settle in his own mind as he pursues his study.

In presenting this compendium of types, shadows, signs and symbols, an effort has been made to furnish, for the Bible student, a fairly complete explanation of the Scripture passages. I realize that the descriptions do not fully cover the subject for the Word of God is boundless, limitless and measureless.

If the reader should find other symbolical meanings than those given in the book, it will be a cause for thanksgiving. If he should differ in his opinions from those herein presented, there will be no criticism. If anyone should feel that the explanations are not sufficiently clear, then I shall hope that he will add to the information given.

This book is sent forth on its mission of helpfulness with the prayer that through its use, minds will be enlightened, hearts will be refreshed, and lives will be made more useful.

I wish to acknowledge with gratitude the untiring efforts of my two secretaries, Miss Pearl Wisner and Mrs. Grace Longenecker, without whom it would have been most difficult for me to compile this book through the years of study and research. They were my untiring helpers.

Nov 09 2012 12:38 AM
Ummm... above decriptions are confusing the html translator. Will have to properly type in such a way as to disable ( c ) becoming the copyright symbol and (

becoming an emoticon wearing sunglasses. Thanks!