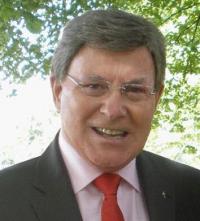 Rescued and delivered from suicidal depression on Friday 10th April 1959, when I was introduced to, believed in and accepted the Lord Jesus Christ as my personal saviour and Lord.
I needed no rehab because the NEW BIRTH was sufficient.
Pastor from 1963 - 2007.
Missionary in Uganda - 1990 -1996 - Pioneered "Uganda Mission Of Hope" Launched a Bible School and Health Clinic.
Radio presenter/Producer from 1972 - Present
Television Presenter/Producer from September 2011 - Present
Gospel Singer - 2001 - Present
Itinerant Minister 2008 - Present
Funeral Service Officiator - September 2011 - Present
To God be ALL the Glory \0/

jimpat121 hasn't added any friends yet.

No latest visitors to show