New End Time Documentary Will Blow Your Mind – Most Profound Revelation Ever Released! 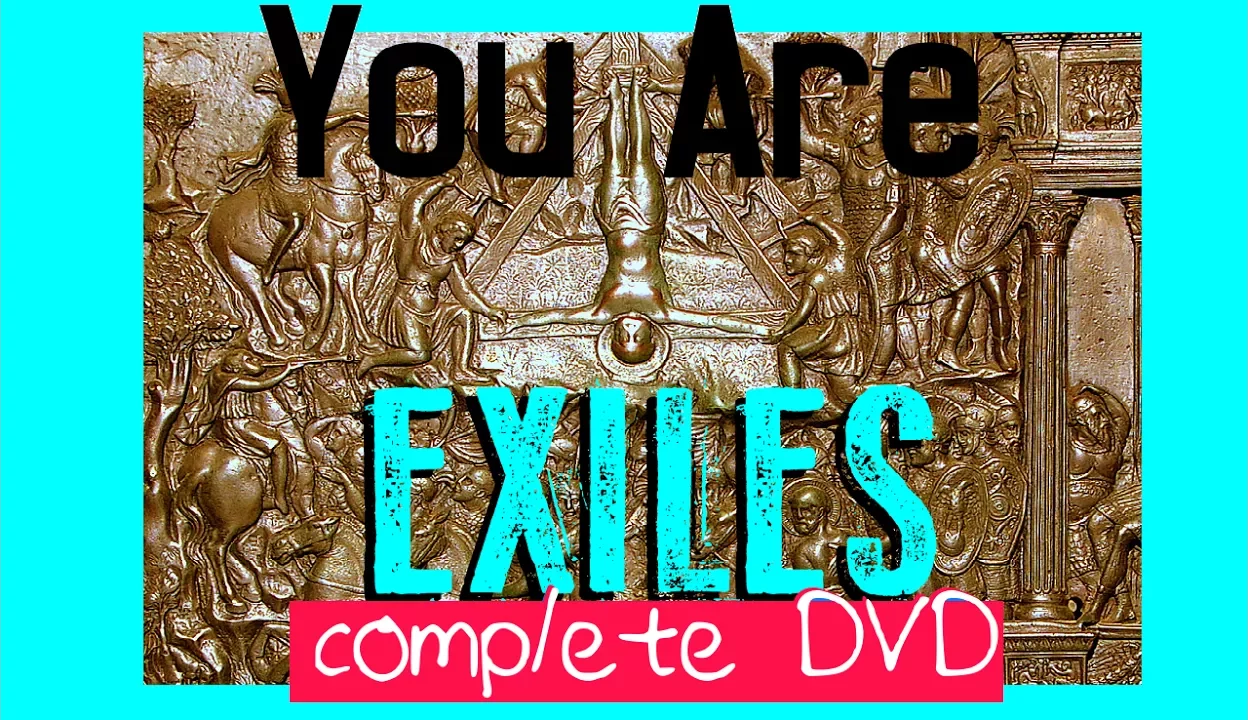 INTRODUCING: YOU ARE EXILES (DVD)
The big secret about your identity that the world does not want you to know about. There is a very dark truth about Satanic ritualistic cannibalism and how it fuels the coming One-World-Government. There is a dark, supernatural army of Locust like creatures that will be released during the Tribulation. Satan has been building his personal army for generations… Lucifer’s Shadow Government operates in the dark corners on Earth, and infects all major spheres of influence.

“The god of this world hath blinded the minds of the unbelieving, that the light of the gospel of the glory of Christ, who is the image of God, should not dawn upon them.” 2 CORINTHIANS 4:4

“Having abolished in his flesh the enmity, even the law of commandments contained in ordinances; for to make in himself of twain one new man, so making peace; And that he might reconcile both unto God in one body by the cross, having slain the enmity thereby” EPHESIANS 2:15-16

“And if you call on him as Father who judges impartially according to each one’s deeds, conduct yourselves with fear throughout the time of your exile” 1 PETER 1:17

:::::::::::::::::::::::::::::::::::::::::::::
When we incarnate into this world we are stripped of our former memories. As part of the great mystery and fabric of creation we have remembrance that connects back to before the beginning, to the foundations of the world and universe when Yahweh/Yahushuah as part of self, held all in being. We have been with the Father and Son since before the institution of time. The reason our memories are swept from us is so that we enter as a clean slate for renewed chance at redemption and salvation. What we do in this lifetime as angels, imprisoned within the flesh, determines our eternal fates and what we do in the life hereafter. Those who are blessed to be counted among the most elect will, in fact, judge angels and sit as jurors in the councils of the Lord to convict and condemn the rebel and fallen angels intended to be as gods themselves, forging a path of self service and vain personal glory.

“Do ye not know that the saints shall judge the world? and if the world shall be judged by you, are ye unworthy to judge the smallest matters? Know ye not that we shall judge angels? how much more things that pertain to this life?” (1 Corinthians 6:2-3 KJV Holy Bible)

There are only two paths we can follow in life, one as a foot washer in service to one another or as tyrant king in service to self. One is the path of priesthood or the way of Abel, and the other of kingship and divine right to rule—or the way of Cain. Those who follow the Lord and adhere to His commandments become the priests, prophets, and apostles that are stood up by the Lord to serve the people. Those who are appointed by Satan to become kings, queens, rulers, presidents, and prime ministers in service of a New World Order are usually personas that serve his goal of world domination. These individuals believe in their divine right to rule over and decide the collective direction of the world. The fact that many of them gather yearly at Bohemian Grove to worship a 40- foot owl, in a mock ritual sacrifice of a human effigy, lets one know that something weird is still ongoing. (excerpted from ‘Sons of God’ by Zen Garcia)

Source Link:
New End Time Documentary Will Blow Your Mind – the Most Profound Revelation Ever Released!