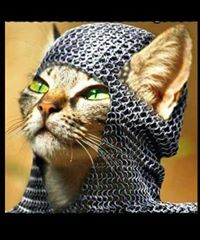 By Tim Butterfield, 29 September 2013 · 1,823 views
After this He went down to Capernaum, He and His mother and His brothers and His disciples; and they stayed there a few days.  The Passover of the Jews was near, and Jesus went up to Jerusalem.  And He found in the temple those who were selling oxen and sheep and doves, and the money changers seated at their tables.  And He made a scourge of cords, and drove them all out of the temple, with the sheep and the oxen; and He poured out the coins of the money changers and overturned their tables; and to those who were selling the doves He said, "Take these things away; stop making My Father's house a place of business.”  His disciples remembered that it was written, "ZEAL FOR YOUR HOUSE WILL CONSUME ME.”  The Jews then said to Him, "What sign do You show us as your authority for doing these things?”  Jesus answered them, "Destroy this temple, and in three days I will raise it up.”  The Jews then said, "It took forty-six years to build this temple, and will You raise it up in three days?”  But He was speaking of the temple of His body.  So when He was raised from the dead, His disciples remembered that He said this; and they believed the Scripture and the word which Jesus had spoken.  Now when He was in Jerusalem at the Passover, during the feast, many believed in His name, observing His signs which He was doing.  But Jesus, on His part, was not entrusting Himself to them, for He knew all men, and because He did not need anyone to testify concerning man, for He Himself knew what was in man.  (John 2:12-25 NASB)

After the wedding in Cana Jesus, His mother, siblings and disciples went down to Capernaum.  This makes sense because the Passover was coming and places like Capernaum were where the caravans of travelers formed up for the journey to Jerusalem.  We know that Jesus’ family had been accustomed to going to Jerusalem for the Passover every year (Luke 2:41) as the Law required.  (Deuteronomy. 16:1-8; Exodus 23:15.)  Nor would He have been likely to forgo attendance on the first Passover as a Rabbi.  And His disciples would most certainly be going with their Rabbi.

It is probable that during this time John brought his brother James to Jesus.

John is the only writer that gives an account of this first Passover after Christ entered on his public ministry.  The other Gospels tell only of the second cleansing of the temple which occurred just before the third and final Passover of Jesus’ ministry. This allows us to know how long that ministry lasted, about three and a half years.

When they got to the temple the outer court (which was as far as Gentiles were allowed into the temple) it was crowded with merchants and money changers.  All this might have started out innocently enough, an attempt to make it easy for the worshipers to get the animals for their sacrifices, to exchange Roman (or other gentile) coins with their images of Emperors and Kings for Jewish coins that had no such idolatrous effigies on them.  But it didn’t take long before “Guaranteed spotless sacrificial animals” brought outrageously high premium prices, and the exchange rates for the “Kosher coins” became exorbitant, especially during the Passover and the other holidays.

Such things were hardly likely to enhance the worship experience.  The temple court was the only place Gentiles could come to pray and worship, and it had been given over to trade and commerce.  So what God had intended as a place of prayer (Isaiah 56:7), religion and greed had made a den of robbers.  (Jeremiah 7:11)

The whip that Jesus made probably wasn’t much of a weapon, more symbolic than an actual threat to the people buying and selling there.

The most amazing thing to me is that He was able to do the cleansing at all.  The Temple would have had guards to maintain order, and if the merchants didn’t have some sort of security people on hand, the money changes certainly did.  Yet one lone man armed only with a few strands of knotted rope put them to flight.  Perhaps a bit of His glory, or maybe righteous wrath shone on His face, Verse 17 does say "ZEAL FOR YOUR HOUSE WILL CONSUME ME."

There is no indication that He ever hit anything or anyone with the whip, in fact when He got to the sellers of birds (which the very poor used for their sacrifices), He merely told the venders to “take these things away.” and urged them to stop “making My Father’s house a place of business.”

Those things could have been conducted out side the temple gates, where the noise and chaos would not interfere with worship.  The entire temple was to be considered Holy, even the part where the Gentiles could enter.

The temple authorities (when they finally showed up), it is interesting to note, did not ask for a scriptural reference or authority (Jeremiah 7:11 would have done nicely.)  Their concern was authority, not godliness.

Obviously someone who had chased the merchants out of the courts at least thought that they had the authority to do it, so the question isn’t unwarranted, but do ask for a sign to authenticate was a bit much.

Jesus’ reply “Destroy this temple, and in three days I will raise it up” must have come as a shock to them, even if He had gestured towards Himself when He said “This Temple”, it is obvious that they took His reference to the temple as literal.

Jesus’ was speaking both figuratively and prophetically, they would “tear down” the temple of His body, and He would raise it up in three days.  He makes the same statement much more dramatically in John 10:18.

I’m not altogether certain when it was that the disciples remembered that it was written "ZEAL FOR YOUR HOUSE WILL CONSUME ME."  (Psalms 69:9)  But Christ’s intense concern that worship and all things related to God (not just at the temple, but everywhere) should be pure, and such as God would approve certainly was intense and consuming.

While He was in Jerusalem that Passover, many people heard Him and saw the signs He was doing (verse 23) believed He might be the Messiah, but their hearts were not changed, because they were not looking for the salvation of their souls, but for the reestablishment of the kingdom.

Jesus did not trust or have confidence in them because He didn’t need numbers of followers, but wanted faithfulness in His disciples.  He was well aware of the fickleness and impatience of masses of people.